Keras has an 85% interest in Société Générale des Mines SARL (SGM) which holds the research permits for the Nayega manganese project in northern Togo, West Africa. 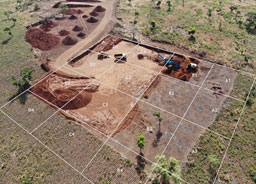 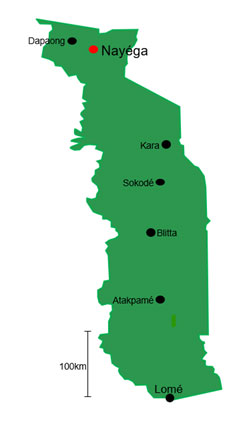 On the 18 October 2019 the Council of Ministers of the Republic of Togo published a decree granting the right for large-scale exploitation of the manganese deposit at Nayéga to the Company’s subsidiary, Société Générale des Mines (“SGM”).  Since that date the Company has concentrated its efforts on obtaining the required Exploitation Permit. The terms of the permit and associated protocols have been agreed, and SGM has been converted from a private to a public company, as required by law and in compliance with the draft Mining Convention. However, the exploitation permit approval has not been forthcoming.

The Company is aware of a national geophysical survey being undertaken by the Togolese Ministry of Mines and Energy and we do not expect to the permitting process at our Nayéga manganese project to be concluded prior to the survey being completed. The Nayega asset is production ready with installed capacity to produce 6,500tpm as soon as Permit is awarded. Management continue to engage with authorities on unlocking the potential value of the asset.

As part of the Decree in place for the Nayega mine in Togo, Keras (through its 85% owned Togolese subsidiary, Société Générale de Mines SA (SGM) is committed to contribute 0.75% of revenue from manganese sales at Nayéga to the public treasury to be used for community projects in the vicinity of the Nayéga mine.

In addition to this, Keras has set up and is funding the Nayéga Foundation to look to provide another platform for the development of further community, environmental and sustainability projects. Keras intends to contribute 5% of its attributable net profit from SGM to the Nayéga Foundation on an annual basis and this will be formally incorporated post grant of the exploitation permit.

Manage Cookie Consent
To provide the best experiences, we use technologies like cookies to store and/or access device information. Consenting to these technologies will allow us to process data such as browsing behavior or unique IDs on this site. Not consenting or withdrawing consent, may adversely affect certain features and functions.
Manage options Manage services Manage vendors Read more about these purposes
View preferences
{title} {title} {title}